The Case for a Green Recovery: Connecting Global Efforts to the Ground Level in Towns & Cities

In the wake of the COVID-19 pandemic, economic instability is the reality for governments around the world. Simultaneously, we are facing a global Climate Emergency.

In the midst of these two sobering realities, there is a growing body of research suggesting that a Green Recovery is not only our best course of action to address the Climate Emergency; it also represents our best opportunity to build back up economies worldwide, faster and stronger.

Join Professor Cameron Hepburn, (Director of the Smith School of Environment & Enterprise, University of Oxford), lead author on a recent study examining the economics of Green Recovery, along with our international panel of experts, as we discuss this research and what it means for local governments as they plan their next steps. 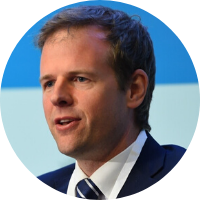 Hepburn has published widely on energy, resources and environmental challenges across disciplines including engineering, biology, philosophy, economics, public policy and law, drawing on degrees in law and engineering (Melbourne University) as well as a masters and doctorate in economics (Oxford as a Rhodes Scholar). He has co-founded three successful businesses and provides advice on energy and environmental policy to government ministers (e.g. China, India, UK and Australia) and international institutions (e.g. OECD, UN). 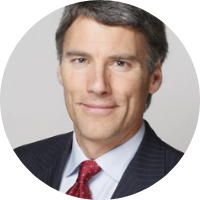 Gregor Robertson is a leader and entrepreneur in politics and business who’s committed to building a healthy, bio-diverse world with vibrant, green, inclusive cities. He is Global Ambassador of @Mayors4Climate, helping the 9,200+ cities in the Global Covenant of Mayors tackle climate and energy challenges.

Robertson served three terms as Mayor of Vancouver from 2008-2018. During his tenure, Vancouver’s economy led the country and the city achieved record-setting years for building housing, childcare and job space, growing public transit ridership and investment, and achieving the lowest carbon emissions in North America. He chaired Canada’s Big City Mayors Caucus, the Mayors Council on Regional Transportation, and was Host Mayor of the 2010 Olympics.

Prior to his decade as Mayor, Robertson was elected to the BC Parliament from 2005-8, and he was an organic farmer and entrepreneur, co-founding and leading Happy Planet Foods, Canada’s leading fresh juice, smoothie, and soup brand. 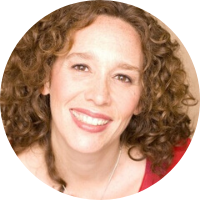 Tzeporah Berman is an environmental activist, campaigner and writer. She is known for her role as one of the organizers of the logging blockades in Clayoquot Sound, British Columbia in 1992–93.

In 2009, Berman served on British Columbia’s Green Energy Task Force. The task force was charged with making recommendations on the development of renewable energy for the province. Berman was one of the experts in the environmental documentary The 11th Hour, produced by Leonardo DiCaprio. She was named as one of six Canadian nominees for the Schwab Foundation for Social Entrepreneurship's social entrepreneur of the year award, one of "50 Visionaries Changing the World" in Utne Reader, and as "Canada's Queen of Green" in a cover story by Readers Digest. She was included in the Royal British Columbia Museum permanent exhibit of “150 people who have changed the face of British Columbia.” In 2015 Berman served on the British Columbia Governments Climate Leadership Team and was appointed in 2016 to serve on the Alberta Governments Oil Sands Advisory Group as Co-Chair. Berman was listed of one of the 35 Most Influential Women in British Columbia by BC Business Magazine and awarded an Honorary Doctorate of Law from University of British Columbia.

Berman is an Adjunct Professor at the Faculty of Environmental Studies, at York University in Toronto.

Get your questions answered in real time.